Who Is Most Likely to Flee the Scene After a Crash? 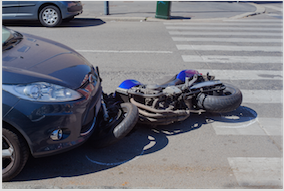 In Nevada, drivers who are most likely to leave the scene of fatal crashes tend to be younger men who have suspended licenses and who might be driving drunk at the time of the accidents. Hit and run accidents have increased over the last few years, and the increase might be due to several factors, including an increased number of vehicles on the road, the improved economy, larger vehicles, speeding, drunk driving, and an increase in distracted driving.

Who Is Most Likely to Flee?

Researchers have examined hit and run accident data to identify the types of drivers that are most likely to flee. They found that in the hit and run accidents that are fatal, the drivers are likelier to be younger men whose licenses are suspended and who have a history of driving while intoxicated. They are also likelier to drive older cars. The researchers surmise that these drivers might flee because they may be driving drunk and afraid of going to jail.

Drivers who cause hit and run accidents with bicyclists and pedestrians are more likely to flee than drivers who are involved in accidents with other vehicles. This is because the drivers in motor vehicle collisions may be injured or may have damage to their vehicles that prevent them from fleeing.

Duties After an Accident

In every state, including Nevada, it is illegal to leave the scene of an accident that has caused someone to be injured or that has caused property damage exceeding a certain amount. Nevada law requires drivers to stop at the scenes of accidents and remain until they have completed all of the duties that are required under the law. They must exchange information with the others who are involved in the accident and provide injured people with assistance. If someone is injured or killed, they must notify law enforcement to summon help. They must also provide their information to officers that respond to investigate. If an officer is not present and the duties have been fulfilled, the drivers must still report the accident to the nearest highway patrol station or police agency.

Penalties for Leaving the Scene

People who leave the scenes of accidents in Nevada may be charged with crimes. Leaving the scene of an accident that injures or kills someone is a class B felony. If a person is convicted of the offense, he or she may face imprisonment of between two to 15 years, a fine of $2,000 to $5,000, or both imprisonment and a fine.

Despite the potential penalties, many drivers still try to flee the scenes of accidents. In some cases, they would not have been charged with crimes if they had simply remained at the scenes of the accidents and performed their required duties. However, when they flee, they may face serious penalties.

People might think that they won’t be caught when they flee from an accident scene. However, cameras are nearly ubiquitous. Bystanders may use their smartphones to take pictures of the fleeing vehicles and their license plates, and video security cameras on nearby buildings might also record the vehicles.

What if a Fleeing Driver Gets Away?

When a driver flees and is not caught, the injured victims may be left with substantial medical and other expenses. One option that Nevadans have is uninsured and underinsured motorist insurance coverage, which is a type of coverage that can be added to their auto insurance policies. This type of insurance may pay for the losses that victims suffer in hit and run accidents when the drivers fail to stop and are not caught. Fleeing the scene of an accident might otherwise leave the victims with little recourse when they have suffered substantial losses.