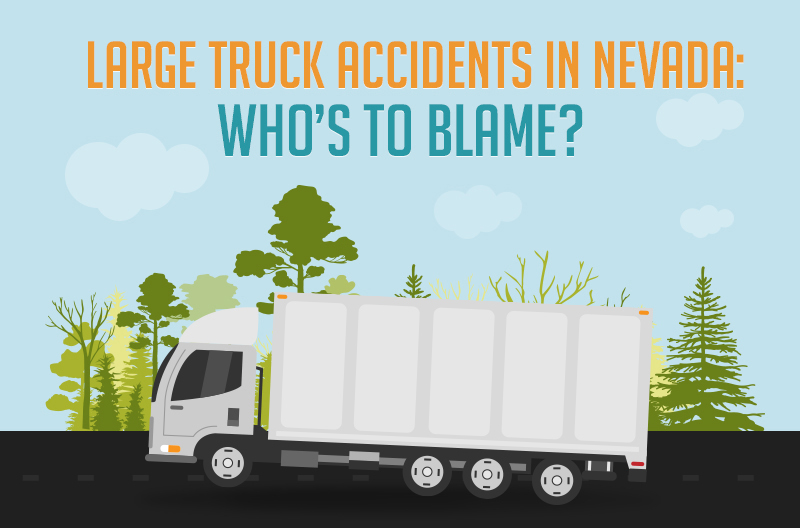 Large truck accidents are a serious concern on the roadways of America. According to the National Highway Traffic Safety Administration, large trucks were involved in approximately 342,000 police reported vehicle accidents in the United States in 2013 alone. Of those, 3,964 fatality accidents and an estimated 95,000 injury accidents involved large trucks.

According to the NHTSA, approximately one person is injured or loses their life every 16 seconds in large truck related crashes. Since some fully loaded trucks weigh as much as 80,000 pounds and measure up to 75 feet in length, the outcome of truck related accidents is often tragic.

Individuals who are involved in accidents with large trucks often suffer severe injuries, permanent disability, and even death. In addition to the significant physical injuries that accident victims often experience, individuals who have been involved in large truck accidents often suffer from lost wages, expensive medical and rehabilitation costs, and sometimes funeral expenses. Such staggering statistics and the horrifying effects related to large truck accidents are clear indications that something needs to be done. But who is to blame for the accidents in the first place?

In some situations when a large truck is involved in an accident in the Las Vegas area, the truck driver is to blame. Factors that put the trucker at fault include:

Individuals who have been involved in a large truck accident in Nevada may be able to recover some damages and receive adequate compensation even if the accident is determined to be partly (less than 51 percent) their fault. A truck accident lawyer in Las Vegas can sometimes help victims obtain compensation for the loss of their vehicle, pain and suffering, medical expenses, and lost wages. Families of victims may be able to obtain compensation for funeral expenses and lost future wages as well.