Who is at Fault in a Driver-less Car Wreck? 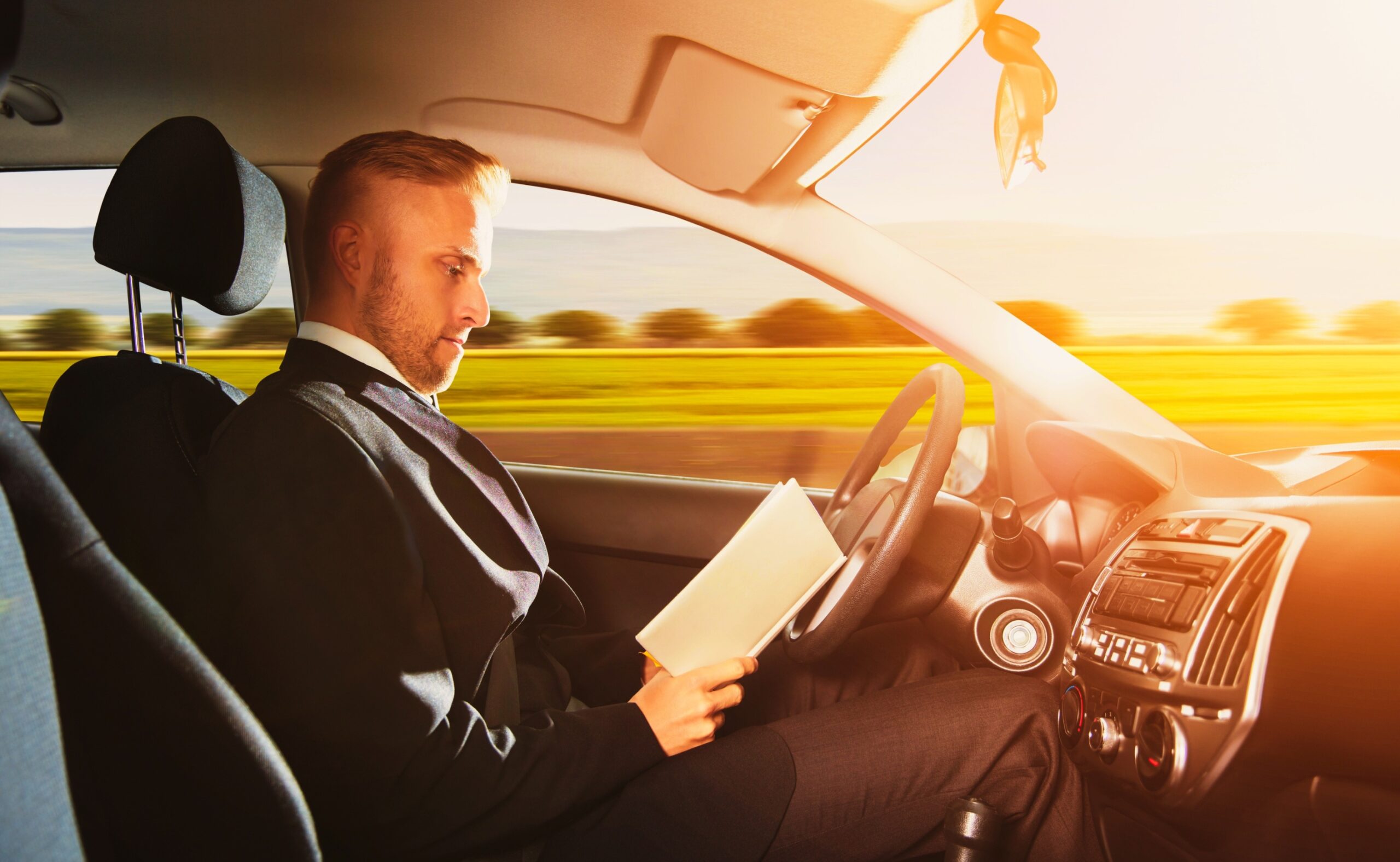 Much of the buzz in the auto industry now centers around the arrival of the driver-less car. As with any new technology, there are strong opinions about its potential impact.  There are naysayers who think that no red blooded American would ever give up the enjoyment and thrill of driving. Then there are those who claim that driver-less vehicles could mean the end of accidents and traffic fatalities. The reality of the change will probably be somewhere in the middle.

There will be early adopters who gladly give up control in order to sip coffee and update their twitter feeds while being electronically chauffeured to the office. And there will be those who cling desperately to the steering wheel until eventually forced by regulation to hand over the keys to a safer driver: a computer. And there will be accidents. Who will be to blame for these?  At this point in the potential transportation revolution it is still hard to tell. There are clues, however.

Will Self Driving Cars be Safer?

First of all, it seems clear that autonomous vehicles will have lower accident rates than typical cars and trucks. The latest model cars and trucks already use much of the same technology applied in driver-less vehicles. It has already had a dramatic impact in reducing deaths on the road. There are even a number of vehicles with zero death rates. This means that for every million vehicles registered, there have been no traffic deaths during a full year.

One recent study found that between 2008 and 2011, traffic fatalities declined by almost a third. The study concluded that the greatest impact on this decline came from the use of new technologies like traction control systems. As technology improves further, features like automatic braking, collision avoidance systems, and vehicle-to-vehicle communication will become standard equipment. In short, accident and fatality rates should continue to fall as these safety technologies advance and improve. But there will still be accidents.

A great barrier to the adoption of driver-less vehicles comes from the regulatory side. In Nevada alone, there are regular changes to traffic laws, as any car accident attorney in Las Vegas knows. For those hoping to be the first in the state to drive a hands-free vehicle, possibilities are limited. However, Nevada is one state moving towards creating a regulatory system for autonomous vehicles. Licenses are currently available for vehicle testing only, but the Nevada Department of Motor Vehicles states that once private vehicles are available for purchase, they will require that drivers have a special endorsement to their regular license.

Some companies have already applied for and received testing permits in Nevada, putting it at the forefront of this potentially massive technology boom. A Las Vegas car accident attorney could very well be one of the first in the country to defend an autonomous vehicle user, or go after a car manufacturer for putting faulty technology on the road. In many ways, Nevada is going to be the laboratory for the cars of the future. Other states on the leading edge of innovation include:

While individual states piece together the legal framework for self-driving cars, the federal government wants in on the regulatory action too. Transportation Secretary Anthony Foxx recently announced that the Department of Transportation will present nationwide regulations by the middle of 2016. The purpose of this will be to help standardize regulations for vehicle testing and eventual customer sales. No car company wants to risk having to comply with wildly different standards for each state. This announcement by the D.O.T. should ease their worries and speed along the development of the technology and the regulations that it needs.

Finally, this new wave of technology may signal huge changes for insurance and liability purposes. For example, would a Las Vegas car accident attorney be more likely to seek damages for a client from a car manufacturer? Will the insurance regulations place more responsibility with the car maker rather than the individual owner? These and other questions regarding this emerging technology are only now beginning to surface. What is very clear is that the highways can be made much safer, as proven by the use of a number of safety systems. With further development, there could be even more advances in vehicle safety. However, many legal questions remain unresolved, providing challenges and opportunities for legal teams in Nevada and elsewhere.