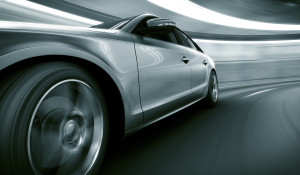 While street racing has become highly popularized in the media and typically draws a younger crowd of auto enthusiasts in Nevada, it can be extremely deadly. Not only does high-speed racing put people in danger of injury or death from a tragic accident, but a Las Vegas car accident lawyer may find that the sport of street racing is often connected to other violent crimes, such as theft and assault.

Recently, a 19-year-old boy was killed in a racing accident on the streets of Las Vegas. The boy hit a block wall during a race, according to the Review Journal, and the impact forced him into another car that was also racing. Rather than rendering aid to the dying teen, the driver of the other car retreated on foot. He was later apprehended and charged with failure to stop at the scene of a fatal accident and reckless driving.

Another street racing accident in North Carolina left a woman and her 2-year-old daughter dead, when two men were racing on city streets. USA Today reports that the two men reached speeds of up to 85 mph before the woman’s car was rear-ended. A passenger in one of the racing cars was also fatally injured. The two men involved in the fatal crash were convicted of three counts of involuntary manslaughter and received jail sentences.

These two stories illustrate the two major types of street racing and how both can cause serious injuries and death, not only to the people who participate in the races but to innocent motorists who become victims as well. According to USA Today, semi-organized racing involves younger drivers who usually meet in remote locations in order to avoid interference from law enforcement. A Las Vegas car accident lawyer may also see instances that involve moment of opportunity racing. This type of racing occurs when drivers on city streets suddenly decide to race against other motorists, putting peoples’ lives in danger.

Racing for their lives

According to the National Highway Traffic Safety Administration, car accidents are the number one cause of death for young adults between 16 and 20 years old. Out of every 1,000 people who participate in illegal street racing, approximately 49 people are injured. Not only is the sport highly dangerous, but street racing can also lead to other problems and crimes, according to the U.S. Department of Justice. These include:

People who have been injured or lost a loved one due to illegal street racing may want to seek legal assistance from a Las Vegas car accident lawyer.