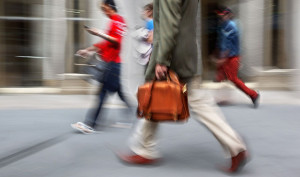 Wrongful death lawyer Las Vegas, George T. Bochanis of the Law Offices of George T. Bochanis stated that, “Las Vegas has been accelerating its effort to monitor, strengthen, and then enforce its safety programs, both for the benefit of its pedestrians and drivers alike. No one wants to see families torn apart through preventable pedestrian fatalities.“

Unfortunately, both motorists and pedestrians participate in actions that cause collisions, including distracted driving or walking, failure of both groups to ensure that a crosswalk is safe for crossing, speeding, and drivers failing to stop at stop signs and lights.

After pedestrian deaths spiked in between late 2011 and early 2012, local police agencies and community officials responded by holding public meetings and increasing enforcement to raise awareness and educate residents with the intent of curbing this alarming trend. Unfortunately, pedestrian deaths kept increasing.

Bochanis continued, “In my more than 25 years of being an attorney and residing in the Las Vegas area, I understood that helping help recover financially is important, but preventing these cases is vital to this community. We hope that with these continuing efforts, pedestrians and drivers can work together to decrease the rate of pedestrian injuries and fatalities. We strive for a safe and vibrant Las Vegas for everyone.”