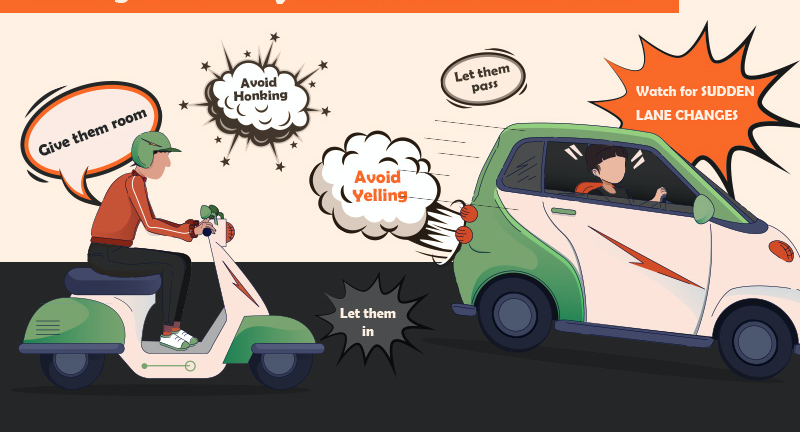 Offensive driving is an important concept to understand because driving offensively places drivers and the people who surround them on the road at a greater risk of accidents. Those who operate vehicles in this way try to take control over the road, forcing drivers around them to adapt. Many road rage incidents are instigated by such drivers. When people drive offensively, they do not pay attention to the actions of others and may become aggressive. Drivers who engage in this type of driving behavior are much likelier to cause accidents that result in injuries or fatalities.

What Is Offensive Driving?

Defensive driving is when drivers remain alert and aware of the actions of the drivers around them on the road. They anticipate what other drivers might do and react accordingly. Defensive driving is the safest way to drive and can help people to avoid involvement in accidents.

By contrast, offensive driving is when drivers drive aggressively. Instead of reacting to and anticipating the actions of other drivers, offensive drivers ignore the actions of others and engage in reckless and dangerous driving behaviors. They might speed, move in and out of traffic lanes, tailgate other drivers, and drive angrily. Offensive drivers fail to react and instead try to force others to adapt to their driving. Aggressive drivers may react with extreme anger when they encounter other drivers who are causing minor annoyances like traveling the speed limit or driving too slowly in the passing lane.

Driving offensively is dangerous and may lead to accidents and road rage incidents. The types of behaviors that may spark an altercation include such things as tailgating, talking or texting on a cell phone while driving, not letting others pass or merge, speeding, changing lanes erratically, and straddling lanes.

When Are Pedestrians Most Likely to Be Hit by a Car?