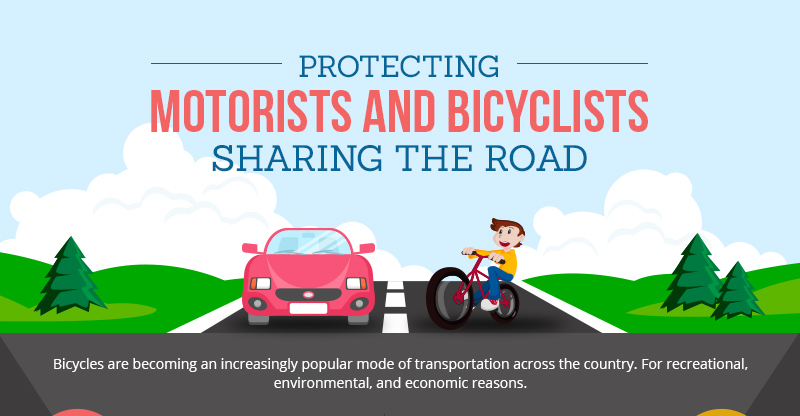 Bicycles are becoming an increasingly popular mode of transportation across the country. For recreational, environmental, and economic reasons, more and more people are trading four wheels for two as they travel from Point A to Point B. This is leading to a nationwide increase in the number of accidents between vehicles and bicycles who are competing for limited space on the roadway.

In 2013, the most recent year formal statistics are available from the National Highway Traffic Safety Administration, 743 cyclists were killed in accidents involving motor vehicles. This is the highest number of recorded fatalities since 2006 when 772 cyclists were killed. More notable, it is sharp increase from 2011 when 611 were killed.

Equally as notable are the sheer number of accidents occurring. Nationally, there were 48,000 in 2013, down slightly from 49,000 in 2011. Even more significant is that these numbers are considerably less than the actual number of accidents occurring. That is because it is estimated that less than 10% of total accidents are reported to police. Those that are accidents which are significant enough that they require a visit to a healthcare provider.

From a financial perspective, the total annual cost of bicyclist injuries and fatalities is estimated to be just over $6 billion per year. This includes an average cost of $4.5 million per fatality, and nearly $59,000 per non-incapacitating injury accident. These sums take into account medical expenses, lost wages, damage to property, and quality of life loss. For an individual involved in an accident leading to incapacitating injury, the cost hovers around $230,000.

While these statistics are staggering, it is not necessarily an indication that cycling is becoming inherently more dangerous. Indeed, there are a lot of variables that are unaccounted for. These variables include the number of miles cyclists are riding annually, the number of cyclists on the roads, the types of riding taking place (i.e. recreational, job related, for errands, etc.) Thus, no one can say for certain whether the number of accidents and fatalities is because there are more cyclists on the road, or because there are increasingly hazardous riding conditions. In fact, it is likely a combination of these and many other factors that are nearly impossible to track.

Nationally, Florida is the most dangerous state for cyclists. In particular, the southern region of the state where Tampa and Miami are located. For this reason, Collier County Commissioner Georgia Hiller has sought to strengthen protections for cyclists. Working with State Representative Kathleen Passidomo, they have written and introduced legislation that would increase penalties for injuring cyclists, make it illegal for motorists to cut off cyclists when turning right, and make harassing a cyclist sharing the road a misdemeanor.

Passidomo believes that this legislation will enhance cyclist safety, however, it does not include provisions for enhancing cyclist education regarding the rules of the road and safety considerations. For these, Hiller and Passidomo are relying on area cycling groups to distribute information to their members in the hopes that it will be disseminated over a wide enough audience to reduce the number of accidents.

In other areas, such as New Haven, Connecticut, cities and municipalities are expanding bike lanes and creating bike-only zones for cyclists. They are also stepping up enforcement of traffic laws on both motorists and cyclists traveling through high traffic areas. This is crucial as a large number of accidents involving both forms of transportation can be traced back to running red lights, not yielding when turning, or using the bike lane as a driving lane to avoid traffic congestion.

In states such as Nevada, the focus has been on increasing public awareness and stepped up enforcement of existing laws. Working together, the Nevada Highway Patrol and Regional Transportation Commission are reminding drivers and cyclists of the 3-foot rule. This rule stipulates that there should always be at least 3-feet between any vehicle and cyclists. While this rule will help protect cyclists in low-speed areas, it does little to protect them while traveling down major road arteries where increased speeds can cover that distance in milliseconds.

As of June of this year, the number of cyclist fatalities in Clark County alone was seven. Four of these were attributed to driver error. Further, according to officials from the Vulnerable Road Users Project, four of the fatalities occurred within marked intersections and blocked crosswalks. These protections did little to protect cyclists, and most regrettably, two of those who were killed were children.

Compounding this problem within Nevada, NRS 484B.777 makes it legal for cyclists to ride within primary vehicle lanes. While cyclists are required to wear reflectors, stop at stop signs the same way as vehicles, and ride in the direction of traffic. this close proximity will certainly lead to more accidents as more drivers and more riders take to the roads. 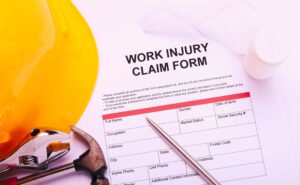 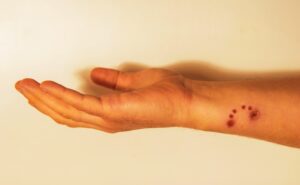